(Story 1 of the Brothers Unexpected series)

Cowritten by @nightmares06 and @neonwrite

After being attacked, Sam wakes up in a dark place, surrounded by strangers. He escapes them only to find that his life won’t be going back to normal any time soon…

(Story 3 of the Brothers Lost series)

The newly-minted team of hunters runs into some downtime between cases. Sam and Dean Winchester, cursed to live at a fraction of their original height, agree to a new trip with Jacob; this time on the road home to reassure his mom he’s still alive and kicking.

An uninvited guest throws this family reunion into a mess, and suddenly Jacob’s left alone to piece together what happened…

If the brothers got stuck in a djinn dream, what would their dreams be? Would it be different in the particular AUs?

It would certainly depend on the AU in question.

In Brothers Apart, Sam’s biggest issue is the fact that he blames himself for Mallory getting killed. Meanwhile, Dean wishes that Sam had never been cursed and definitely blames himself for not finding Sam before he was dragged from the room.

Every djinn dream would be different, and none of them would be perfect (djinn are so good at that). Like if Dean wished that he’d saved Sam in time, he might end up living in a different version AU… for instance, where he saves Sam at his own expense, or instead of leaving Sam behind, he’d see him and grab him.

Are stories like Brothers Saved and Brothers Together djinn dreams? Are we all in a djinn dream now?

Oh, hey. So I went back and looked in my old BA ideas, and apparently had a bit scripted out for Sam falling into a djinn dream, so have an old drabble!

“Dean!” Sam cries out, desperately running along the banister.

I have to reach him… have to help…

He almost doesn’t see the attack coming. A tattoo covered hand tries to sweep him from the railing and only misses when Sam dodges to the side at the last second. Another hand tries to snatch at him as Sam sees Dean rise up, using the distraction provided by his borrower-sized brother to grab the blood-soaked knife from where it fell during the struggle.

Even as Dean plunges his knife into the creature’s back, the fingers brush against Sam with an almost loving caress.

The world fades before he even realizes he’s falling.

“You haven’t had nightmares like this for years, Sam.” – Mallory in the dream.

In the series, Sam believed in the Easter Bunny till he was eleven and a half. Does that mean that in the ba universe he stills believes in him?

Aww! The poor kiddo missed out on a few human experiences the rest of us have to deal with.

Of course, just because he didn’t have Dean around to break the bad news to him, doesn’t mean he didn’t learn the truth. He’s not separated from humanity like Asunder Sam was, and they do pick up a lot of gossip from the human chatter in nearby rooms, along with what’s on the TV.

Walt never really understood why humans needed to believe in giant bunnies that brought them candy and probably shattered Sam’s world with an offhand comment about it one day. Dean would have been in stitches to see Sam’s face.

(Story 2 of the Brothers Asunder series)

Dean Winchester comes from nothing and lives for no one, but dedicated his life to saving people in need. Now, an unexpected attack on two campers by one of their best friends draws Dean to Wellwood forest, towards an unexpected reunion. 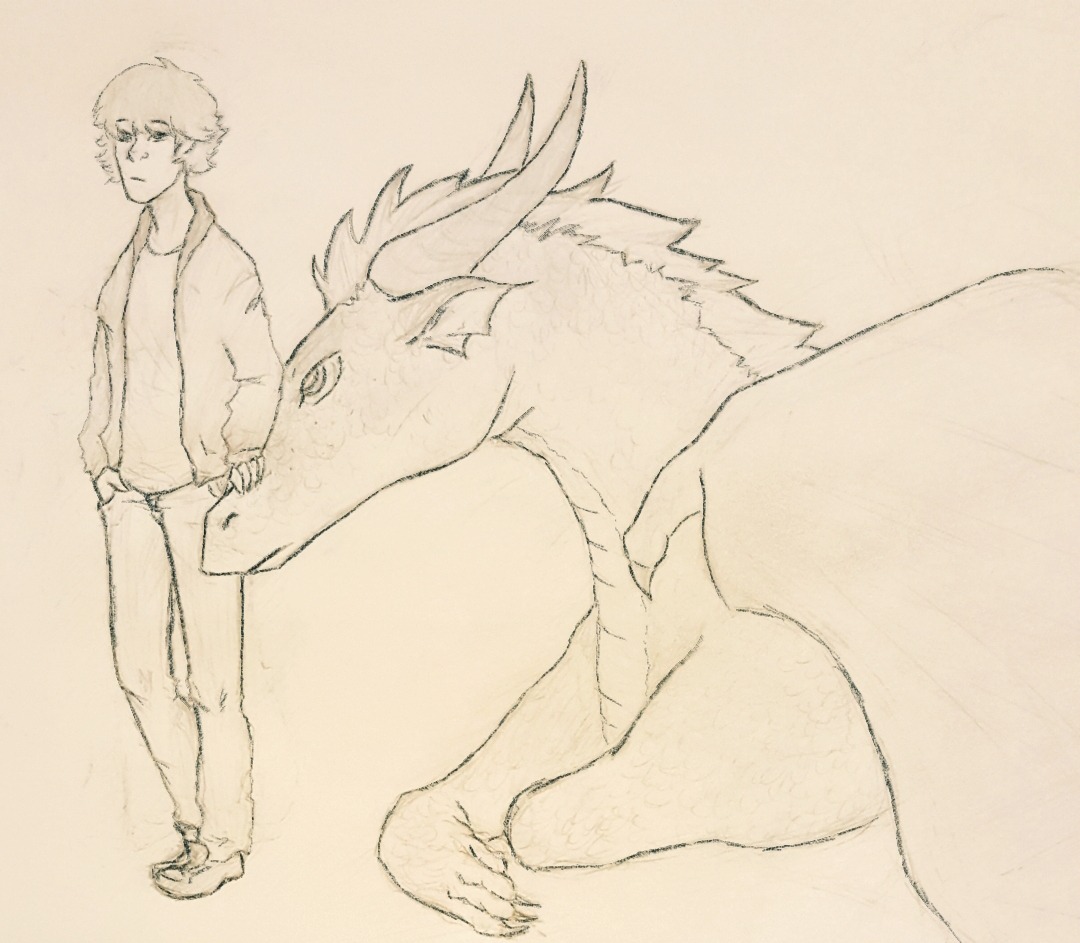 Dragon dean w/ little sam fanart sketch!!
Ok so ive heard so much about dragon dean, and i just had to check it out for myself. ITS AWESOME! i loooved it!
Heres just a quick sketch of dragon dean with our cursed sammy @wolfie180g @nightmares06 @brothersapart 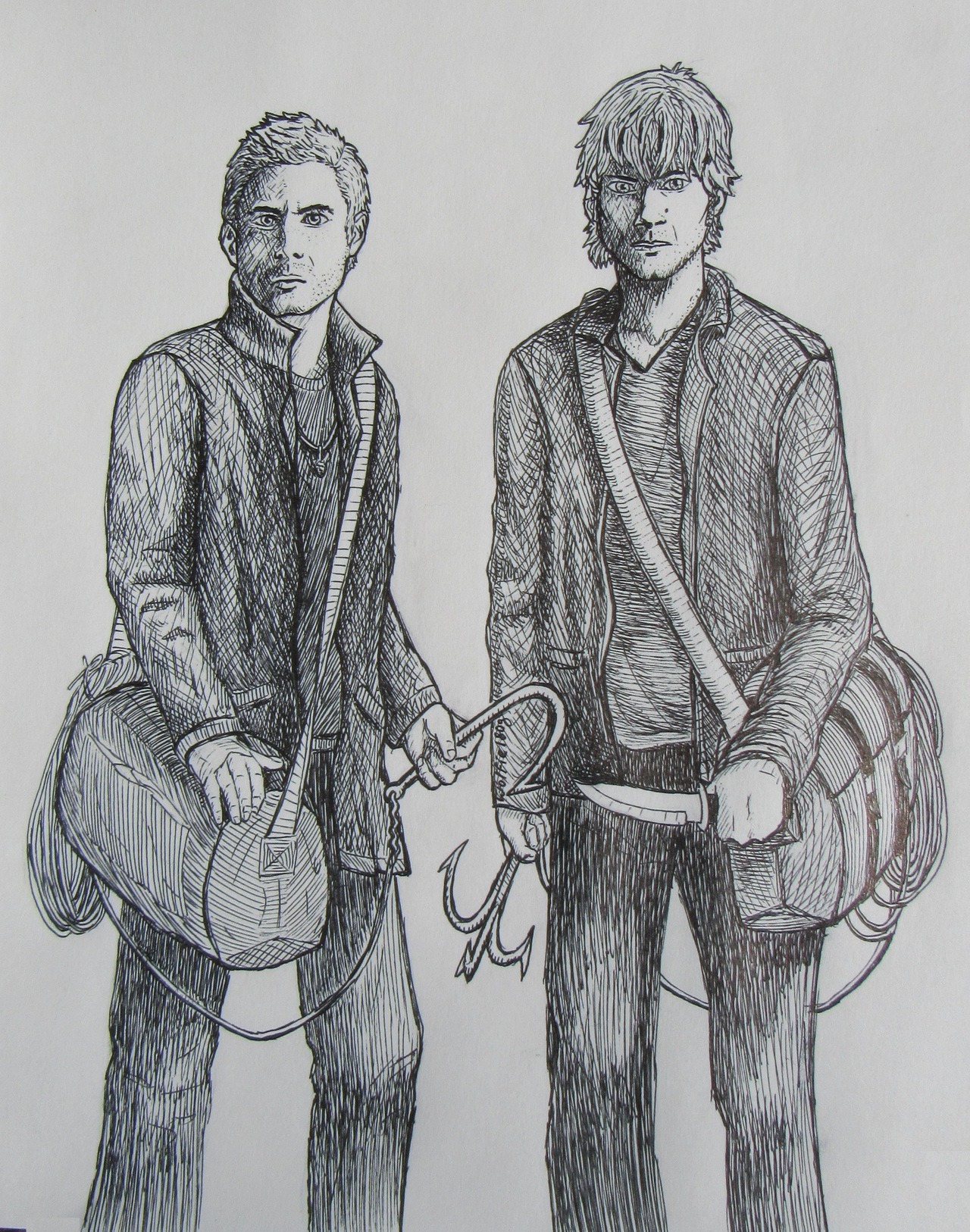 I drew this a few days ago. I just love the brothers as borrowers!

(Story 1 of the Brothers Asunder series)

After having her plans thwarted so often by Dean Winchester, Celeste decides to up the stakes in her newest attempt, this time not even trying to curse the older Winchester. Instead, she removes him from the equation completely and sends Sam far, far away.

Into a forest where a certain familiar village resides, out of sight and out of mind.

(Story 4 of the Brothers Adopted series)

Near a forgettable motel in Breckenridge, Colorado, people are dying. Crushed beneath furniture and falling cars, the stories form a clear circle around the Knights Inn. Now Dean and his two tiny brothers, Sam and Jacob, are on their way to unravel the case and help all the motels’ residents– down to the very smallest.

(Story 3 of the Brothers Adopted series)

And he certainly never expected to find himself adopted by a hunter twenty times his size.