I don’t know if this was asked but if a knack snaps could something jump start it?

Nixie might have enough power to manage it, she’s able to see the threads and could try and knit them back together proper, but it would be a very difficult healing compared to her normal work.

Nixie, Ilyana and the result of their powers combining, Elenia.

I actually had to go digging around for these notes from about a year ago XD I have put thought into this several times before.

((Don’t worry! Castiel is still in Brothers Apart and will run into the brothers soon, so none of this is saying she replaces him!))

Of the fairy realms, there are three:

Aeternum of the gods,

Avalon of the Seelie,

Pandemonium of the Unseelie.

Avalon, for the fae, is their realm of heaven. Here dwells the Summer Court and the good fairies. Beware making deals even with the good fairies, they will ensnare the unwary in their webs and bring them to their home to service the king.

Aeternum of the gods is the purgatory of the fae. The guardian sprites live within, closer to the human realm than the others. They will attend a summons for help, keeping the balance of nature as commanded by their creators.

Pandemonium is where the Unseelie live and where the Winter Court dwells. The fairy version of hell and where their devil reigns. The fae that live within are wicked and quick to anger, often declared outright evil, though much like demons there are shades of grey within this truth.

(All of this is true in the Brothers Apart verses, not necessarily the Supernatural show. I took their lore and expanded it)

All this being said, the elemental sprites are some of the strongest of the fae, and because of that they were sequestered to the purgatory of their people, where the world remains unchanging and they can tend to their separate elements and bind any dangers to the other realms to guard over. The Midas amulet being only one of those dangers.

They are close to the leviathans, but without the innate evil and desire to consume the world.

Most aeternum sprites chose to ignore the rest of the worlds and keep to themselves until summoned by their gods to attend to their given tasks.

Nixie is an exception, but thankfully not the only one. We’ll have another sprite like her showing up in the BA verse to help make atonement for what the fire sprites have wrought.

Aww, I’m so touched to hear you love my writing so much! ❤

Known Abilities: As with all water sprites, Nixie is drawn to the magic of protection and healing more than destruction. If given a source of freshwater, she is able to heal any wound or sickness; the fresher the water, the more effective the magic. If the water has been processed it will do nothing.

She is able to gather the water from the environment around her and turn it to her bidding. From this water, she can form a shield around herself or others, or freeze the water into spikes to attack with. She can purify poisoned waters, and has enough power in her to purify a source the size of the Great Lakes.

Her magic is bound in the ichor in her wings, if they are broken she is powerless. If she is attacked, she can’t be killed, but she can be mortally wounded. If hit with a powerful enough attack, she can be reduced to water vapor, and without the help of her sisters, it would take her a hundred years to reform.

She has the telepathic ability of empathy, and knows the emotions of all around her. This can’t be turned off, so at times the water sprites will seek solitude in their forest in order to focus themselves inward.

Background: Nixie was brought to life by the gods to serve a purpose in aeternum. To the care of the water sprites was given Lityerses and the necklace that contains the power of the Golden Touch. They watched over their erstwhile brother and he watched them back until he found a way to break through and escape back to earth.

Water sprites like Nixie can be summoned by any human, and often strike bargains. They are also prepared to come if any of the gods call to restore the balance of Nature on earth.

Quote: I must make sure the human world is not threatened by us, sister. Forbidden or not, I must help.

Commission I did for @nightmares06 ! 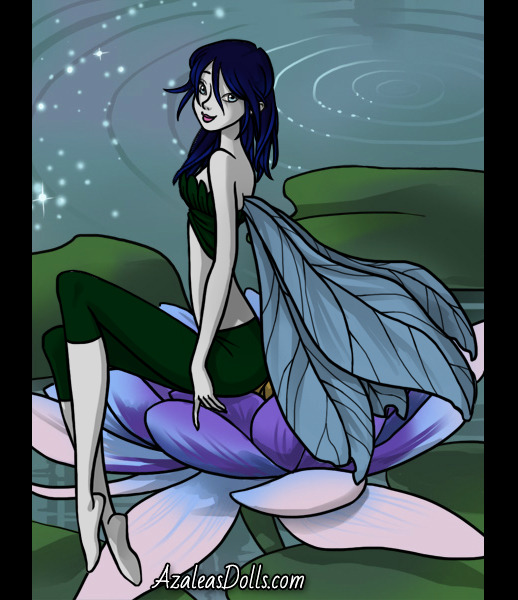 I’m not sure if I perfectly captured her in this, but I made Nixie in a pixie creator for fun and I thought I would share it with you. Hope you like it! :3

Oh the fate of a sprite who can be summoned. Nixie rues this word some days.

The summons was clear, and Nixie paused in her morning ablutions to cock her head to the side.

Aretha glanced over at her sister, her wings glistening in the morning air. “You will answer?” she asked, her tone as patronizing as it ever was. She gave her wings a flick to get the precipitation from the morning rain in the rainforest off, ready for flight.

Nixie ignored the tone of voice, as she always did. Alone of her sisters, she would never miss a summons. “It is who we are,” she reminded Aretha gently. “We must stop ignoring the calls.”

Before Aretha could respond, Nixie twisted the air and water around herself, vanishing and following the summons as only a sprite of aeternum could. It was the only time they could travel to the human world without using the portal itself to travel, and it brought her right to her destination.

The human world was always a shock, more because of how it changed each time she was summoned than anything. The size she was prepared for; no sprite stood over four inches in height, the fire sprites were the closest to that. Nixie’s wings vibrated once, and she alighted on the edge of the book used for the summons, the glow of the summoning magic fading away from her.

Brown eyes full of tears stared back at her, wide at the sight of the small sprite the summons had brought forth. Nixie waited patiently as the young girl, no more than twenty in her estimation, recovered from the realization that the summoning had worked.

“I am Nixie,” she introduced herself, as she always did. “Why have you summoned me?”

Hundreds of summonings in the past left her prepared for anything that might happen. Many times, she was brought forth to heal the dying or restore the poisoned waters of war. It was her reason for creation, along with guarding the flower of gold.

The girl’s face was framed by dark hair, and it bobbed as she shook her head in surprise. “B-but you… you’re real? Really real?”

Nixie did not deign to answer, merely watching the area around her with a curious eye and taking in the objects used to summon her. The circle could use some work, but the symbol in the center was well-drawn.

“Okay,” the girl pulled herself together and straightened. “I want you to make me the prettiest girl in school. That way they stop making fun of me! I’m not a geek!”

Nixie sighed at that. “Child, do you not know who you have summoned?” she asked gently. “I am a sprite. Wishes I do not grant. What you want is beyond my power.”

“You should ignore what others say,” Nixie said firmly, thinking of Aretha and her constant dislike of what Nixie persisted in doing. “All that matters is who we are to ourselves. Letting their words bother you gives them power over you.”

She let her wings vibrate again, and lifted off from the book, whipping the pages and the girl’s hair into a mess. The girl opened her mouth. “No, wait!”

With a twinkling, Nixie severed the summoning and vanished back into aethernum. 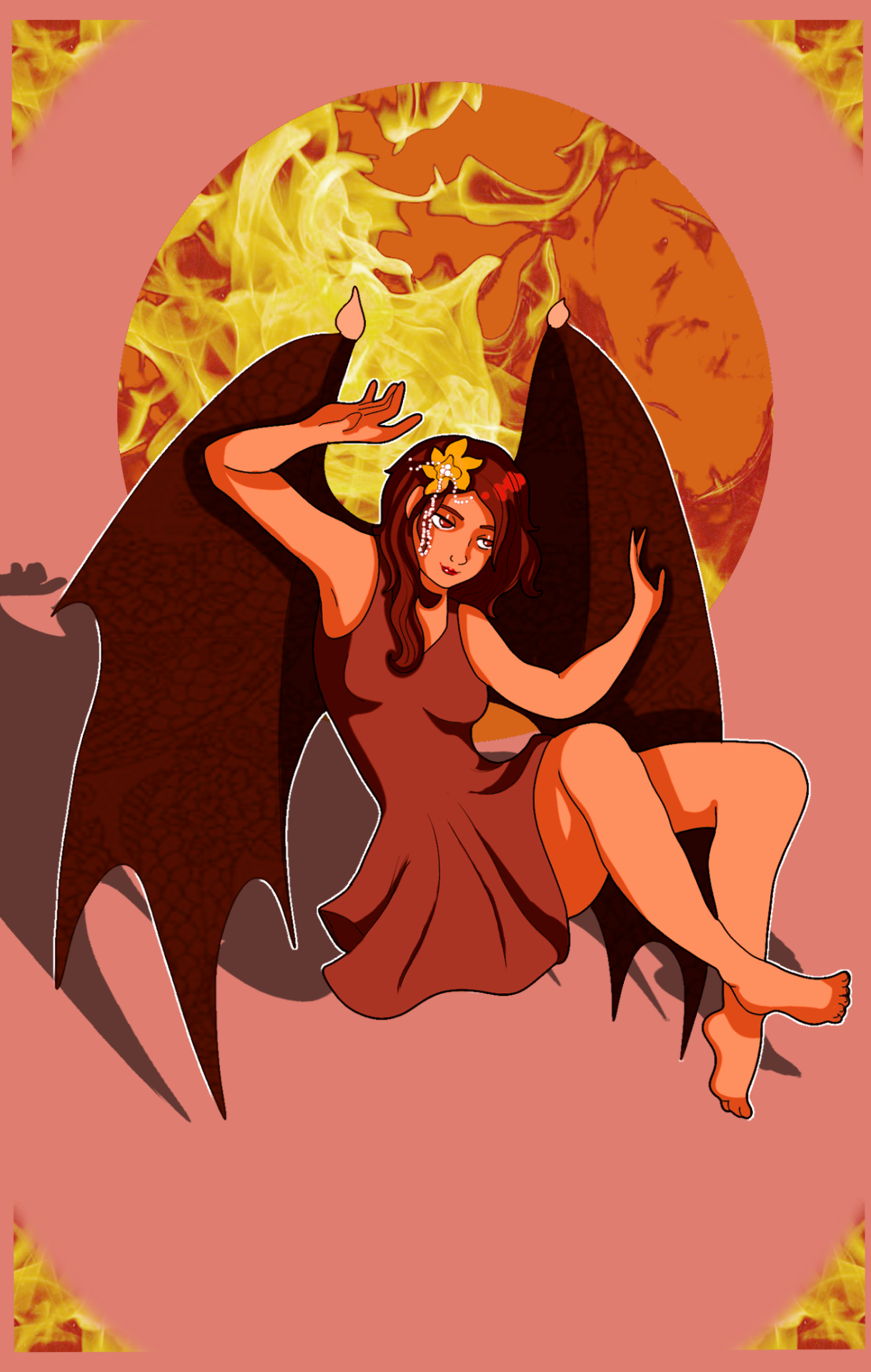 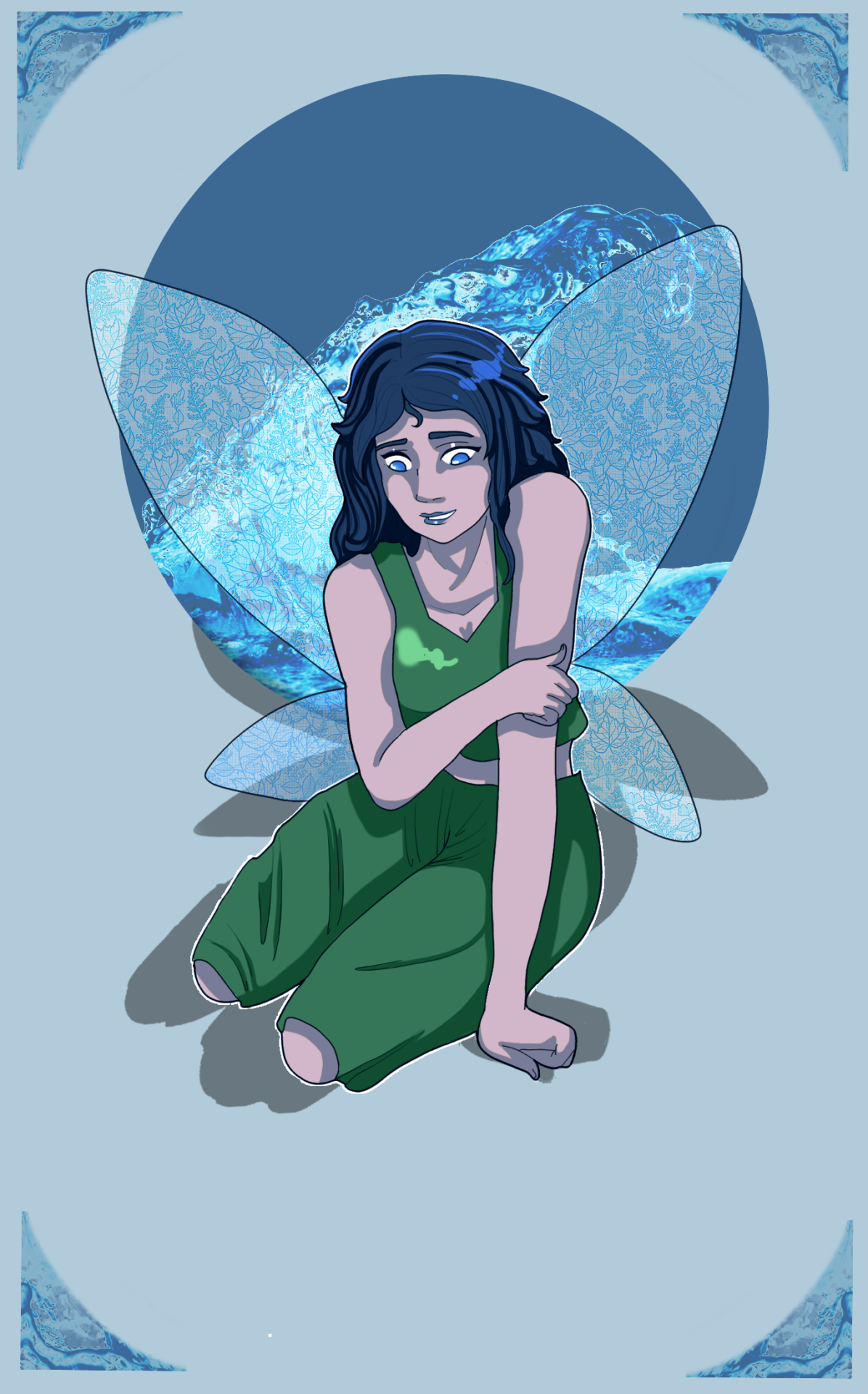